There are billions of ringtones already created and produced by different people and companies from the past so many years and this process will continue for so many coming years. The ringtones world has given so much marketing edge to newly emerge companies. Ringtones are usually used as a promotion for different mobile phones. This trend now is not just limited to phones with time music songs and different movies theme,cartoons and games background music is also used as free marketing tool. To promote their product. 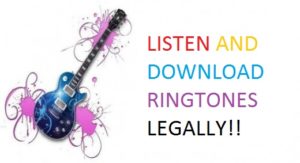 Ringtones business has so far been very successful and its legal.  A lot of new ringtone makers have made their way into the market by creating few exciting ringtones. The only platform that allow legal downloading for ringtones is mobilesringtones.com. Below we have posted the top ringtones  and the most downloaded. This collection contains ringtones from different categories. Some are from the popular mobile brands and the rest are from different movies and songs from all over the world. Ringtones are always very special because they show your taste and personality. When a ringtone is played out of your phone, people starts to judge you from your ringtone.

This ringtones is indeed very special because of the big rock star name that is attach to it. This ringtone is one of Michael jacksons song, BEAT IT. Its music went very popular when it was released however after so many years this songs music ringtone made it to this month top 10 list.

An other very beautiful ringtone by desire Edwards. This ringtone is a commercial tone remixed and recreated by many different artists however this ringtone is special because of the tune.

Iphone ringtones has been very popular in all mobile phones. People so far has enjoyed setting iphone ringtones in their android phones and this is the reason so many remixed of iphone default ringtone is being created. Yet all have been downloaded a lot of time.

This music ringtone is from a very popular dance track HOW WE PARTY. its basically a party song. A song which is usually played at night clubs at late weekend parties. However its ringtone went very popular this month and made it to top 4.

Want you back is another very popular song of the year 2016. Its being lead by female musician in the original version. Although this ringtone is also from a female play back. The song and ringtone both went very popular all over the world.

A music video that made a lot of news on YouTube.  This song is actually named is I JUST CANT GET ENOUGH. The song went popular earlier this year and thus the ringtone also came in the same month. Though people were more interested in the music video so the audience for ringtone was less but this month this songs ringtone went viral and made it to number 6.

One of the most sweet music you will ever come across. This ringtone got so many likes in almost every ringtone platform. Although this ringtone is special because it being cut and remixed again. FREE TO BE ME is also one old hollywood movie. But this song ringtone is different and was released in the previous year.

#9 One More Night for Samsung

Samsung has been in news after the fail launch of note 7. However people are still following their favorite mobile company ringtones. Samsung went popular in ringtones with their s7 and s6 model. However this ringtone is from a samsung tv commercial. Its been used as a background music.

These our top rated and most downloaded top 10 ringtones. We hope you have enjoyed our collection for more ringtones visit our main website. Or request for a ringtone and we will make sure you get your desired ringtone.