Jolly LLB 2 To Release With Some Major Changes 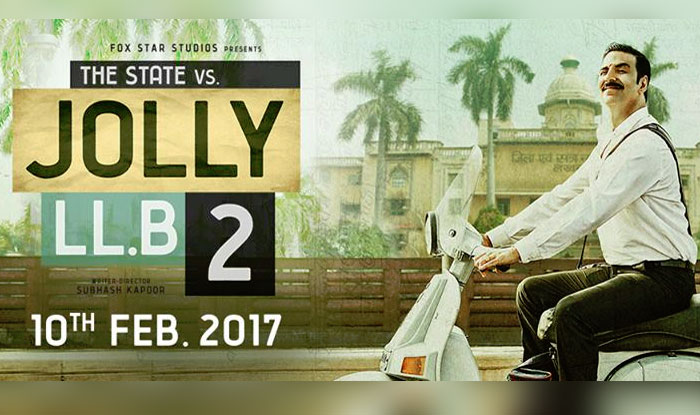 Akshay Kumar, an actor who plays his role with versatility and has gained fame for his drama, romance, action and comic role. Jolly LLB was a a comedy drama played by the well known Akshay Kumar, in which he played the role of an lawyer whose main focus was to earn six innocent wage earners their rights and his journey against the monopolistic behavior of the rich and judicial corruption. The film was later awarded as the best feature film in India.

Though India and Pakistan share some clashes, but Indian cinema is acknowledged at very high level In Pakistan. Jolly LLB 2, another comedy courtroom drama movie starring Akshay kumar and Huma Qureshi which is appreciated for its comedy, songs and latest ringtones , is released in Pakistan today 10th February by the end of the cold war going between the two countries. Akshay Kumar has been promoting his film for a long time, Kumar tweeted through his personal twitter account, which included;

“We have worked very hard for this film, as i will be playing a lawyer for the very first time, So do watch the real comedy coming at your way on 10TH February.”

As  Pakistani distributors presented a command for the for some major changes in the film and the  the directors of Jolly LLB 2, were ordered to cut some scenes as it involved negative portrayal of Muslims in Kashmir in the legal drama, Meanwhile after the deletion of scenes  the country’s Central Board of Film Certification chairman of Pakistan Mobashir Hasan is quoted as saying,

“The film has been approved for public screening after recommending several excisions. Now it is up to the distributors, whether they want to release it or not. It has been cleared by the censor board.”

The film has officially stared screening in some cities of Pakistan, the rest will start in short time period. However, chances are the film will finally go ahead with the release in other cities despite being heavily truncated.